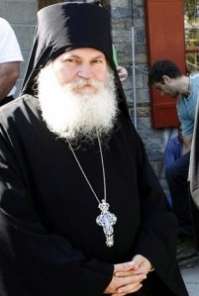 The Greek Areopag (Supreme Court) has cancelled the decision of the appellate court of Thrace, which on March 1, 2012 sentenced Archimandrite Ephraim and monk Arseny of Vatopedi Monastery on Mt. Athos and presiding judge of the court of first instance Maria Psalti to six months imprisonment, the sentence being commuted for three years.

Each of these named persons has been acquitted of the accusation of delaying the public announcement of the court decision concerning the exchange of monastery property on Lake Vistonida. The Areopag has decided that Maria Psalti did not violate her judicial duty, and Archimandrite Ephraim and monk Arseny did not incite her to such action, reports Аgionoros.ru, citing Naftemporiki.gr.